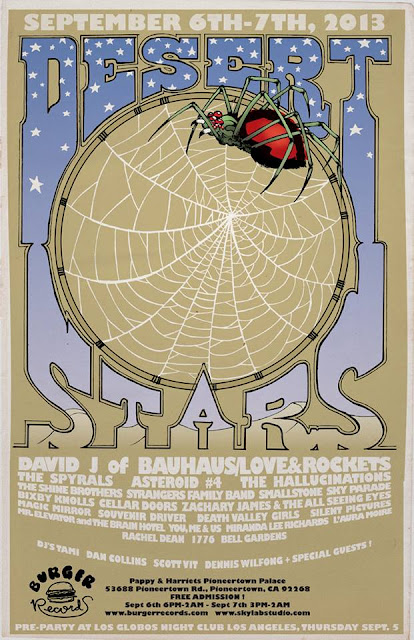 LA based band, Sky Parade, has released a new album, "Broken Hearts Will Kill Us All". It's a cool, but upbeat, collection of psychedelic rock with a bit of shoegaze thrown in. The music is fun and surprisingly catchy. The album was selected as a featured release on iTunes and has been gathering critical acclaim. Lead singer/songwriter Tommy Dietrick has put together a band to play some live shows and I've joined as guitarist. We'll be hitting the West Coast for a few shows playing with David J of Bauhaus and Love and Rockets fame.